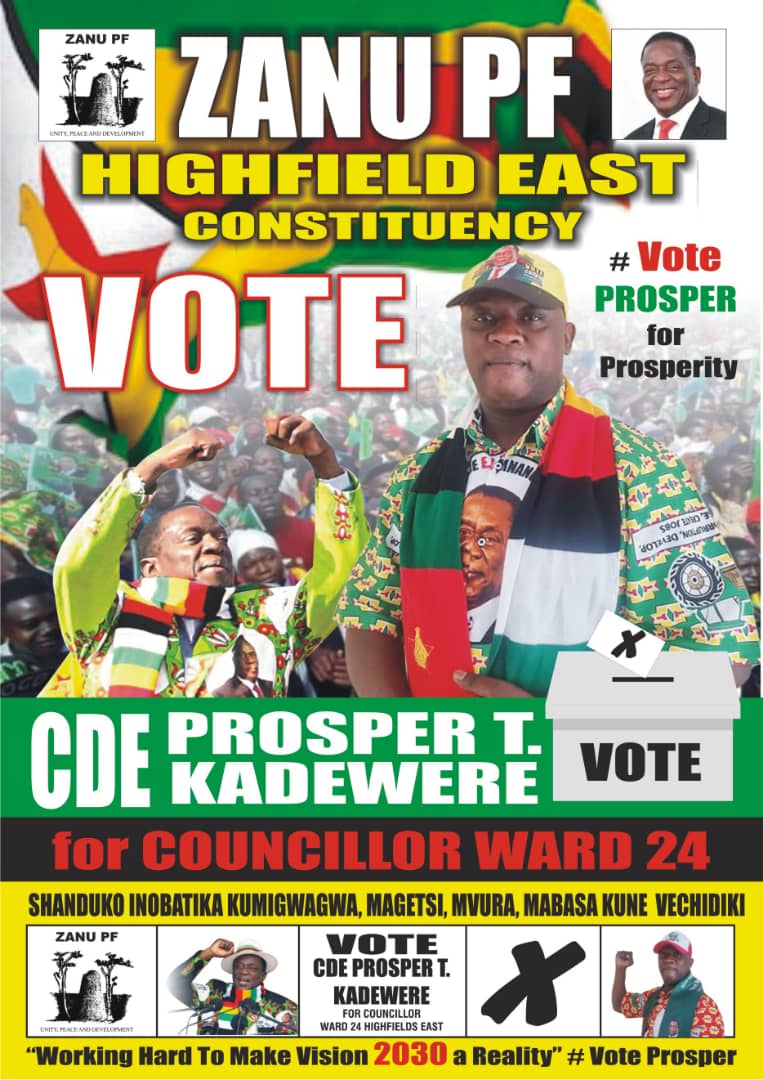 Kadewere promises to spruce up Ward 24

Aspiring ZANU PF Highfield Ward 24 Councillor Prosper Kadewere has promised to spruce up sporting facilities in Highfield among a raft of transformational measures in the area.

The sporting facilities include Gwanzura stadium and Zimbabwe Grounds, which hold a sentimental value to the Highfield Community and Zimbabwe at large

Gwanzura stadium has been neglected for years denying the people of Highfields Premiership football they have always enjoyed.

Speaking to this publication Kadewere a former footballer who is also brother to Olympic Lyon star striker Tino, said it was important to develop facilities in Highfield which is one of the oldest suburbs in Harare.

“I grew up in Highfield, I understand the sentimental value of Gwanzura and Mazigo (Zimbabwe Grounds), it is important for us to revamp these facilities,” Kadewere said.

Kadewere said lack of entertainment for young people in Highfield has contributed to drug abuse in the area.

“We need to create an environment in which the youths have opportunities and sport is one avenue.

“I know the problems facing the people in my Ward, being someone who was born and bred in the area.

“One thing I have noticed is that the youths are now into drug abuse because they do not have something ideal that keeps them occupied. That’s why we need to spruce up all the sporting facilities.”

Kadewere who is running on a Zanu-PF ticket said youths are the future.

“Our party ZANU PF is a people’s party and the youths are the future,” said Kadewere.

Over 80 candidates are contesting for the vacant 27 council seats in Harare.