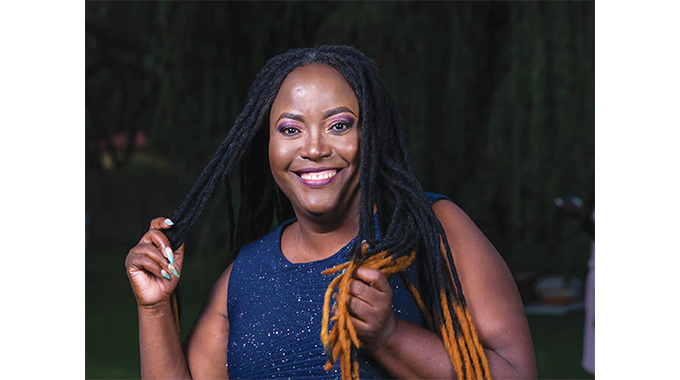 Zimbabwean modelling instructor and mental health activist, Sipho Mazibuko, has sensationally claimed that “Zanu PF is the only party that can assist people facing mental health problems” and help to “avoid depression.”

The former model recently registered as a Zanu PF member in Ward 4 in Bulawayo.

Mazibuko said she had taken the step to join Zanu PF following advise from Zimbabwean musician and dancer Sandra Ndebele.

“After having a lengthy discussion with Sandra Ndebele, I have joined the ruling party as a way of supporting the Government in facilitating socio-economic developments in our ward,” Mazibuko said.

“Having recently opened an NGO named Mental Voices Trust, which envisages to spread the importance of mental health issues, I felt the Second Republic led by President Mnangagwa will play a big role in redefining the conditions of people living with mental health issues.”

“The Vision 2030 economic blueprint carries foundations which will revive the economy and it is the duty of every citizen to see that it materialises,” she added.

“Also, for a while, people with mental health problems have not been much appreciated and respected. Thus, having joined the ruling party I hope to work with the Government to cover more ground to spread awareness on mental health.”

“I am going to approach the First Lady so that she can adopt Mental Voices Trust under her charities as we move to unite societies,” she continued.

“I feel the ruling Zanu PF is the only party that can assist people facing mental health problems and achieve objectives that include avoiding depression, which in turn leads to stagnation and denial,” she concluded in comments that are likely to draw the wrath of opposition parties who claim that the ruling party’s failure to manage Zimbabwe is among the reasons mental health problems have skyrocketed in the last two decades.